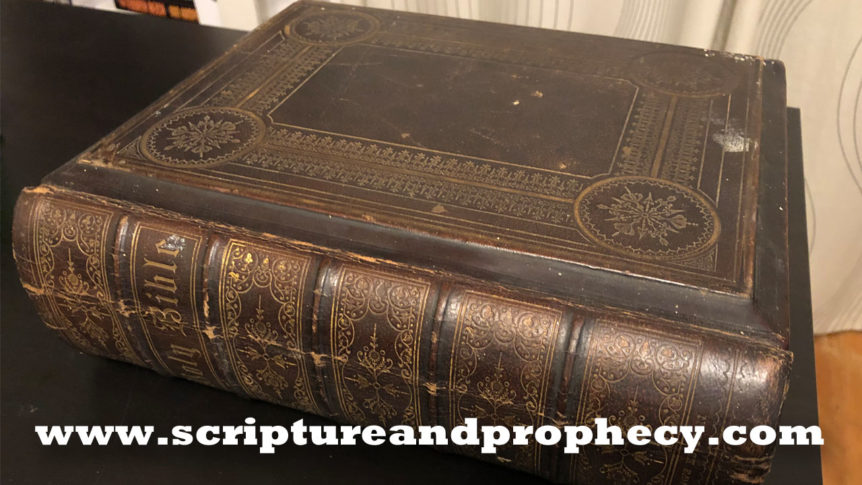 Before I get into the Bible canon conflict as I currently see it, I want to first establish my firm belief that the sixty-six books commonly found in the Christian Bible are without a doubt part of the true, trustworthy, and life-giving Word of God.

The conflict as I see it has nothing to do with what’s included in the Christian Bible, rather it’s what’s not included that troubles me. While I can think of MANY examples, I will stick with just a few that most serious Bible scholars are no doubt aware of.

Let’s start with the 1611 King James Bible, arguably the greatest Christian work ever constructed and has done more for the Gospel and the spreading of its message than we could ever calculate. It is a masterpiece of the highest degree. In fact, to this day, I think King James is by far the best and most accurate English translation, but that discussion is for another time.

However, it is important to note the 1611 King James Bible was not only printed with the sixty-six books recognized today as canonical, but it also included the books of the Apocrypha and continued to do so until the late 1800s. We are talking well over two hundred years before being removed.

Now, we are told that what we have in our sixty-six book canon is the correct and only scriptures, otherwise, God who clearly had a hand in the process would have made sure to include some of these other books. Therefore, my question becomes, did God not have a hand in the King James Bible and the decision-making process in 1611, or was in the late 1800s that God moved on the Church to have those Apocryphal texts removed? Which is it? In other words, who was wrong and not obeying the leading of the Spirit of God? The 47 scholars who compiled and translated the original KJV in 1611 or the Church in the late 1800s who removed the text? Additionally, were the Churches and preachers all over America and Europe who taught from these books for two hundred years teaching lies? Are we to assume they just told their congregation to ignore those texts? I can’t imagine a preacher standing in front of the congregation, speaking to them about the infallible word of God, only to say, “except don’t pay attention to those fifteen books in the middle, those are heresy!”

I happen to have an old King James Bible from 1868 in my personal library; it belonged to a humble Church in New York, and wouldn’t you know, it includes the very books I’m discussing now.

I’ll move on and briefly raise questions about another compiling of scriptures known as the Greek Septuagint. The Septuagint also includes several books that we will not find in our old testament scriptures, such as the books of 1st and 2nd Maccabees as one example. The book of Esther is much larger and more detailed and the book of Daniel has two extra chapters, which are very interesting, I might add.

Additionally, we have the Dead Sea Scrolls for which Pastors and Scholars like to point to as a great reason to believe in the authority and accuracy of the Bible, and I couldn’t agree more! It’s most definitely is! However, these same Pastors and Scholars will quietly ignore the other books found with the Dead Sea Scrolls, such as the book of Enoch, Jubilees, and the many testaments of the Patriarchs. For this discussion, let’s use the book of Enoch as one example. First, the book of Enoch is directly quoted from in our Bibles by Jude (see Jude 1:14-15). Second, the book of Enoch was already included in some Bibles around the world, namely the Ethiopian Bible, which is arguably the oldest compiled Christian Bible on the earth!

So who was wrong? The Ethiopian Christians and Jews who considered Enoch canonical? How about the Jews at Qumran, who preserved the ancient Dead Sea Scrolls? Maybe, just maybe it is the more modern English Christians who have gotten it wrong? I speak as a man. “And if any man think that he knoweth any thing, he knoweth nothing yet as he ought to know.” 1 Corinthians 8:2 KJV

While I don’t have all the answers and don’t presume to, I’m also not afraid to raise these obvious questions which seem to only have weak and superficial answers that at the very least, don’t satisfy my own research and scholarly inquisition. Someone is clearly wrong and I suspect we won’t know until the day our beloved Master appears and provides the answers. Until then, I personally will not be closed-minded about these books or the information and historical narrative found within their pages.

In closing, I believe without a doubt we can trust the word of God as we have it and what we have is everything needed to bring someone into the arms of our beloved Savior, Jesus. However, there might be more meat to be had for those who long for more of God and His mysteries. After all, what do the scriptures proclaim? “It is the glory of God to conceal a thing: but the honour of kings is to search out a matter.” Proverbs 25:2 KJV