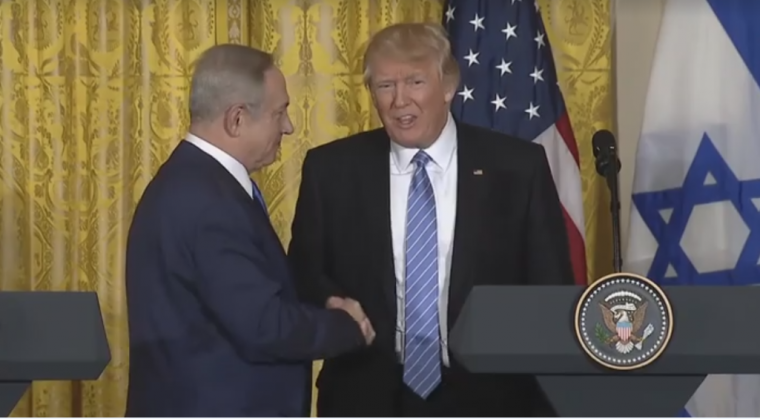 President Trump and Prime Minister Netanyahu held a press conference on Wednesday, Feb 15th 2017 and there was a lot of talk about a possible upcoming peace deal. Now this is nothing new except in this conversation, there were some things spoken that sounded a lot like the words spoken by the prophet Daniel when dealing with a 7 year covenant.

Now for doctrinal purposes, I must point out a fact, because it’s often misunderstood by believers. The Anti-Christ will not necessarily CREATE a peace deal. He will most likely CONFIRM and ENFORCE an existing one. Keep that in mind when trying to understand these things. This peace deal, this convenient will be between MANY not just Israel and the Anti-Christ.

“And he shall confirm the covenant with many for one week: and in the midst of the week he shall cause the sacrifice and the oblation to cease, and for the overspreading of abominations he shall make it desolate, even until the consummation, and that determined shall be poured upon the desolate”. Daniel 9:27 KJV

Notice that President Trump and Prime Minister Netanyahu allude to a deal that may include MANY nations! Listed below are a couple quotes from the press conference.

“I think we are going to make a deal, it might be a bigger and better deal then people in this room even understand, that’s a possibility.” – President Trump

“I believe that the great opportunity for peace comes from a regional approach, from involving our new found Arab partners, in the pursuit of a broader peace, and peace with the Palestinians.” – Prime Minister Netanyahu

“It’s actually a much bigger deal, a much more important deal, in a sense. It would take in many many countries, and cover a very large territory.” “We have some cooperation from people who in the past would have never ever thought about doing this.” – President Trump

“I think our new concept, that we’ve been disusing actually for a while, is something that allows them to show more flexibility then they have in the past, because they have a lot bigger canvass to play with.” “I believe we are going to have other players, at a very high level, and I think it might make it easier on both the Palestinians and Israel to get something done.” – President Trump

Maybe I’m reading to much into this, and then again, maybe I’m not. Either way, I believe 2017 is going to be an amazing year for Bible prophecy and I believe we are being catapulted into the last days at break neck speeds. Remember, Israel is God’s time clock for understanding the end times. Keep your eyes on Israel, especially it’s capital city of Jerusalem.