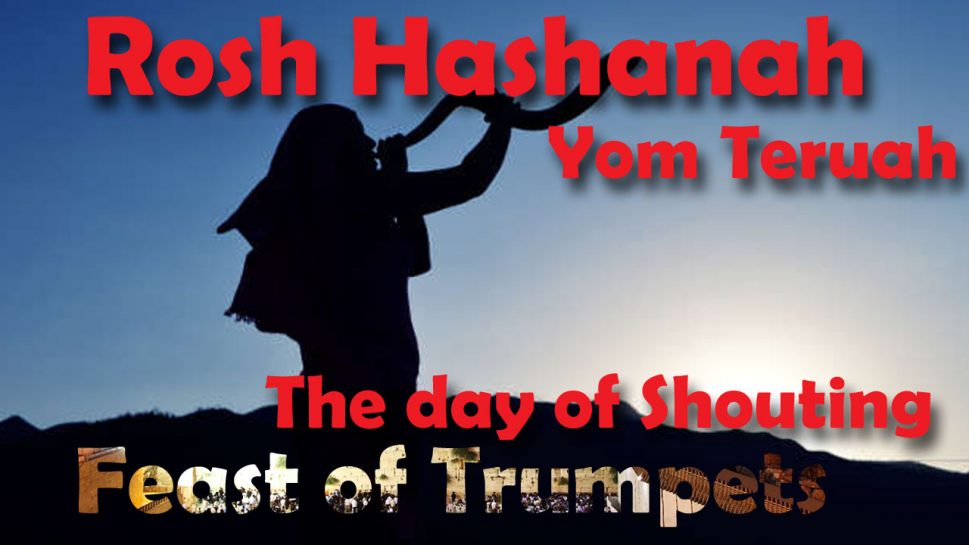 According to A Rood Awakening…

What is Yom Teruah?

Yom Teruah is the first fall feast – it marks the start of the fall feast season. Teruah means to make a loud noise, which is why Yom Teruah is also called the “Day of Trumpets” or even “Day of Shouting.”
When Did Yom Teruah Originate?

The Bible tells us it is a memorial of blowing of trumpets. The event this reference is one we are told many times not to forget – the day the Almighty shouted down the 10 commandments to the people from atop Mount Sinai in the desert after delivering them from slavery in Egypt.

It also heralds the Messiah’s second coming in prophecy (during which he will fulfill all the fall feasts just as he fulfilled the spring feasts at his first coming).

Has Yom Teruah Been Fulfilled?

This feast is the only one that falls on the first day of a Biblical month, which means we have to wait for the first sliver of the moon to be sighted – so we don’t know exactly when the feast will start. This is what Yeshua was referring to when he said that “no man will know the day or the hour” of his return; however we are to be wary of the season of his coming, being diligent to observe world events that tell us the time is near.

What Does It Mean?

Because we don’t know for sure when the first sliver of the new moon will be sighted, we have to be completely ready for Yom Teruah before it comes; it’s a rehearsal for the ultimate Yom Teruah when Yeshua returns.

On the 1st day of the Seventh Month (Tishrei) the Torah commands us to observe the holy day of Yom Teruah which means “Day of Shouting” (Leviticus 23:23-25; Numbers 29:1-6). Yom Teruah is a day of rest on which work is forbidden.

One of the unique things about Yom Teruah is that the Torah does not say what the purpose of this holy day is. The Torah gives at least one reason for all the other holy days and two reasons for some. Read More…