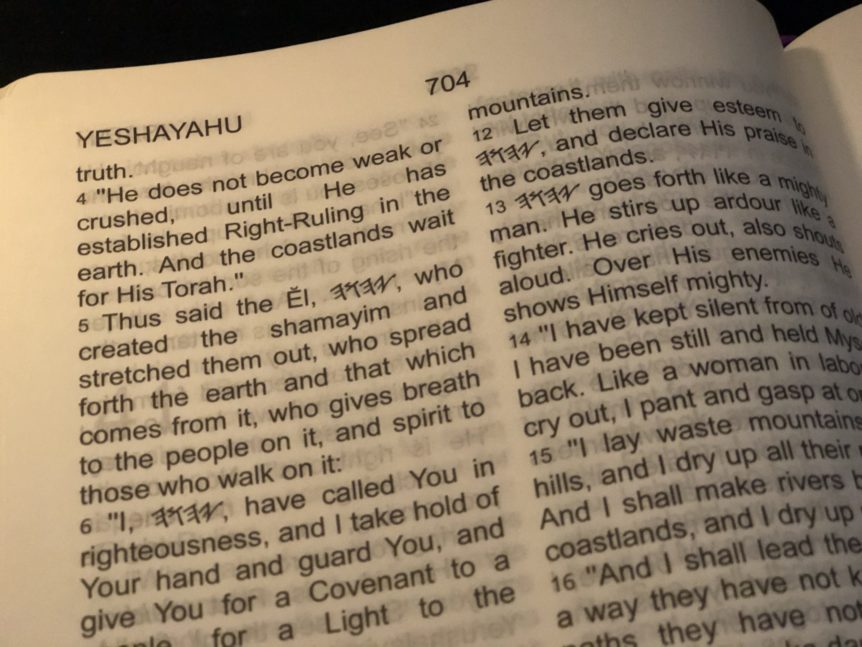 What is the weekly Prophets portion?

The weekly Prophets portion or, in Hebrew, The Haftarah (הפטרה) (which means parting or taking leave), is a scheduled reading from the biblical books of the Prophets which follow along with the weekly Torah reading schedule. The Torah Portions schedule has been followed by synagogs around the world since the Babylonian captivity of the Hebrews or maybe even longer. Some suggest the tradition was started by the Scribe Ezra.

It is unknown why the tradition of the weekly Prophets portion was instituted but, many believe the Haftarah was a response to Jewish persecution in which the weekly Torah readings were forbidden. It is also unknown how those portions were selected. There are some who suggest the selection was random and others who believe they were intentionally selected to correspond with the week’s scheduled Torah portion.

Interestingly enough, we see the weekly Prophets portion reading being upheld by Jesus in the Gospel according to Luke when Jesus reads a prophecy about Himself from the prophet Isaiah. This event takes place on Shabbat in a synagogue in Nazareth.

“And he came to Nazareth, where he had been brought up: and, as his custom was, he went into the synagogue on the sabbath day, and stood up for to read. And there was delivered unto him the book of the prophet Esaias. And when he had opened the book, he found the place where it was written, The Spirit of the Lord is upon me, because he hath anointed me to preach the gospel to the poor; he hath sent me to heal the brokenhearted, to preach deliverance to the captives, and recovering of sight to the blind, to set at liberty them that are bruised, To preach the acceptable year of the Lord.” Luke 4:16-19 KJV

If the Bible truly is a living and breathing work, written with the aid of the Holy Spirit, then taking the time each week to read from the Prophets could prove to be invaluable. Especially considering the prophetic climate and times in which we now live.

Want to learn more about Bible prophecy in as little as a couple of minutes per day? Check out “The End of Days, A 30-Day Devotional”.