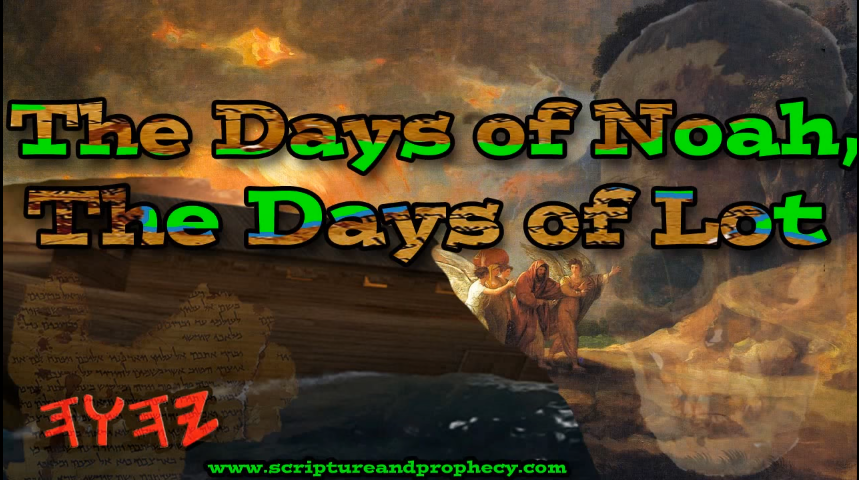 1 And it came to pass, when men began to multiply on the face of the earth, and daughters were born unto them, 2 That the sons of God saw the daughters of men that they were fair; and they took them wives of all which they chose. 3 And the Lord said, My spirit shall not always strive with man, for that he also is flesh: yet his days shall be an hundred and twenty years. 4 There were giants in the earth in those days; and also after that, when the sons of God came in unto the daughters of men, and they bare children to them, the same became mighty men which were of old, men of renown. 5 And God saw that the wickedness of man was great in the earth, and that every imagination of the thoughts of his heart was only evil continually. 6 And it repented the Lord that he had made man on the earth, and it grieved him at his heart. 7 And the Lord said, I will destroy man whom I have created from the face of the earth; both man, and beast, and the creeping thing, and the fowls of the air; for it repenteth me that I have made them. 8 But Noah found grace in the eyes of the Lord.

The book of Enoch Chapter 6

1. And it came to pass when the children of men had multiplied that in those days were born unto them beautiful and comely daughters. 2. And the angels, the children of the heaven, saw and lusted after them, and said to one another: ‘Come, let us choose us wives from among the children of men and beget us children.’ 3. And Semjâzâ, who was their leader, said unto them: ‘I fear ye will not indeed agree to do this deed, and I alone shall have to pay the penalty of a great sin.’ 4. And they all answered him and said: ‘Let us all swear an oath, and all bind ourselves by mutual imprecations not to abandon this plan but to do this thing.’ 5. Then sware they all together and bound themselves by mutual imprecations upon it. 6. And they were in all two hundred; who descended ⌈in the days⌉ of Jared on the summit of Mount Hermon, and they called it Mount Hermon, because they had sworn and bound themselves by mutual imprecations upon it. 7. And these are the names of their leaders: Sêmîazâz, their leader, Arâkîba, Râmêêl, Kôkabîêl, Tâmîêl, Râmîêl, Dânêl, Êzêqêêl, Barâqîjâl, Asâêl, Armârôs, Batârêl, Anânêl, Zaqîêl, Samsâpêêl, Satarêl, Tûrêl, Jômjâêl, Sariêl. 8. These are their chiefs of tens.