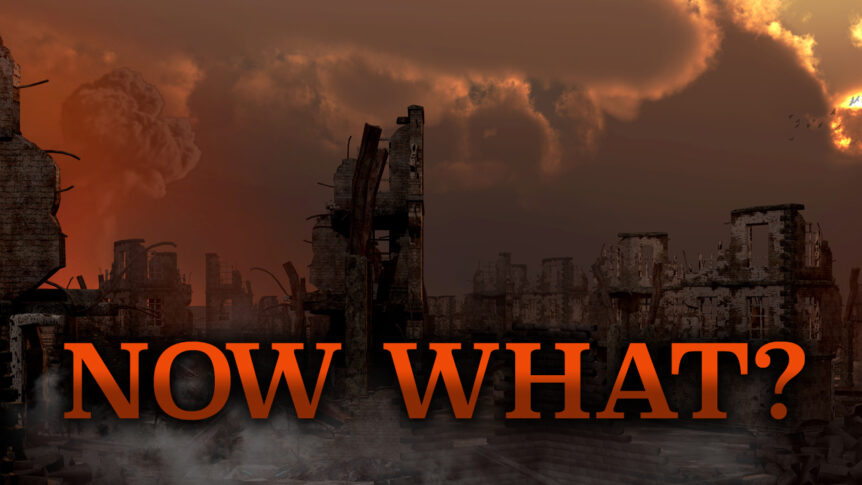 Contrary to the beliefs of the modern day Christian, actions matter. Actions matter, because they demonstrate what you truly believe. Your behavior is based on your belief system. Our actions matter and they come with real consequences; not just in this world, but they have real consequences in eternity, and herein lies the problem with the theology of the modern-day Christian, at least the modern-day Christian here in the west. Christians today have been tainted by greasy grace preaching and the prosperity Gospel, which convinces them they can live like the world and still have Christ. They can partake in the same wickedness as the heathen and still reap eternal reward. After all, salvation is a free gift of God. Salvation truly is a free gift of God, which cannot be earned. However, if your actions are the same as the non-believer, the ungodly, do you truly have a saving faith? Have you truly believed on Christ, because if you have, then your actions, your fruit should demonstrate that belief. “ A good tree cannot bring forth evil fruit, neither can a corrupt tree bring forth good fruit.” (Matthew 7:18)

This is why over these last many years, I’ve put such an emphasis on Christian behavior in my writings and on the podcast. Like many of you, I am observing all the chaos of the world and the mad rush toward our own destruction with both astonishment and horror. I feel horror because I actually care about our children, grandchildren, their future, and the condition of the world we leaving for them. I also feel astonishment because it seems an alarming number of Christians, don’t even seem to notice the ashes falling from the sky nor the raging fire consuming everything in its path which is soon to be in their own backyards, surrounding them with no exit.

I’ve been warning and shouting from the watchman’s tower for my fellow brothers and sisters to wake up and get serious before we reach the point of no return for nearly a decade. Few were interested in the words coming out of my mouth, possibly because my words are not cute and they don’t fall under the modern view of being “loving.”

Unfortunately, we have reached the point of no return and this system we have all benefited from is falling, and it’s going to take all our precious comforts and liberties with it.

However, none of this is really the point I want to make. I want to get to the root of the issue by asking two important questions: how did we get here and what can we do about it?

We could blame the enemy and his animated corpses who provide us with our daily propaganda, what they call news, along with his demons who work in higher education for deceiving us about literally everything. For spending years and billions of dollars on predictive programming and, as a result, cultivating the most deceived, perverse, and gullible generation to ever walk the face of the earth.

However, I believe solely blaming the devil is to give him way too much credit. Instead, I want to argue the real blame, or at least part of it anyways, lies at the feet of the lukewarm Church and carnal-minded Christians. Yes, the enemy and the goblins who serve him are extraordinarily wicked and they are the ones pushing lies and perversion on our youth, but there is also a responsibility to be had by those who call themselves Christian and yet sit ideally by, twirling their thumbs while Babylon devours their children.

We are where we are today because Christians decided they wanted to be relevant to the world, instead of being salt to the world. Modern Christians want all the benefits of knowing Christ, such as eternal salvation, but they want it without any of the transformation. To put it bluntly, they want Christ, but they also want to watch soft-core porn on their favorite streaming service. I hate to be so blunt, but this is our reality. We have been bombarded with so much sexualization through media that Christians are now numb to it, to the point where they themselves indulge in it with very little conviction. Here’s a bit of truth for you, dear modern day Christian: taking pleasure in those who are sinning is the same as sinning yourselves. “Who knowing the judgment of God, that they which commit such things are worthy of death, not only do the same, but have pleasure in them that do them.” (Romans 1:32)

Listen, beloved, if your faith hasn’t changed you, it hasn’t saved you either. You can’t love Christ and hate his commandments at the same time. You can’t love God and yet bow the knee to Baal at every turn because it feels good and after all, what’s the big deal? Everyone else is doing it. No, true Christians love Christ, and to love Christ requires action on your part. That’s right, love is an action, not just a feeling, but don’t take my word for it, lets let Christ and His disciples speak for themselves, shall we?

“If ye love me, keep my commandments.” (John 14:15 KJV) That seems pretty clear and cut, but just in case we couldn’t quite get what Jesus is saying, the apostle John made sure to make it even more clear for all of us who are hard of hearing and short on understanding.

John is saying that proof is in the fruit. If you love God, then your actions will demonstrate it, and the way it’s demonstrated is through obedience and further more, this obedience is not a burden, it’s our great pleasure. So what’s my point? How does this connect with our first problem? That being the reality that the world is burning and I very clearly blamed the Church for it.

My point is simply this, had the Church truly loved Christ, it would have obeyed Him, and as a result it would have continued The Great Commission which wasn’t just to preach the good news, but also to teach them to OBEY all that Christ commanded.

“And Jesus came and spake unto them, saying, All power is given unto me in heaven and in earth. Go ye therefore, and teach all nations, baptizing them in the name of the Father, and of the Son, and of the Holy Ghost: Teaching them to observe all things whatsoever I have commanded you: and, lo, I am with you always, even unto the end of the world. Amen.” (Matthew 28:18-20

You see, those monsters that rule over the banks, corporations, tech companies, along with the vampires who sit in political office, along with the talking heads who lie for a living through the black box of death, wouldn’t be able to get away with all this madness had the Church cared about obeying Christ. A righteous and holy Church would have been outraged and demanded justice over seventy years ago. Instead, it’s almost like we said, hey, the world looks really fun. Maybe we can indulge our flesh, play patty cake with the devil, turn a blind eye and still reap rewards and eternal bliss in heaven.

Well, I have bad news for you, for your children and grandchildren. We are reaping, but it’s the seeds of sin and disobedience, and apart from the greatest revival in human history, it’s too late to salvage much of anything. But hey, I’m sure we are all going to get beamed out of here before anything “really bad” happens, so who cares about the world, right? Isn’t that what the YouTube prophets and prophecy watchers keep telling us? Who cares about the future generation? They can all just become tribulation saints while we sit in heavenly mansions with zero consequences for the condition we left the world in.

I’m sure our grandchildren will understand.

Now, I know it’s not very encouraging and edifying to end a message on such a negative note and without giving a word of hope. After all, all things are possible with God. So here goes.

Remember that “greatest revival ever” I just mentioned? I actually believe it’s possible, maybe even likely. Our world is most definitely ripe for it. I’m praying for it daily as should we all be. Maybe I’m wrong, but I think the greatest revival the world has ever seen is going to have to start within each one of us individually. Obviously, it’s the work of the Spirit, through the whole body of Christ, but I believe we must all first get on our faces individually before God and repent of our own sins. We must ask that Christ would forgive us for doing such a horrible job of taking care of His vineyard. This revival will start with each of us taking a long look in the mirror. The Bible is a great mirror by the way, maybe we should start there.

May His grace and mercy be upon us all, and may we not only witness but also participate in the greatest harvest in the history of humanity. Maranatha. Come quickly Lord Jesus, come quickly.