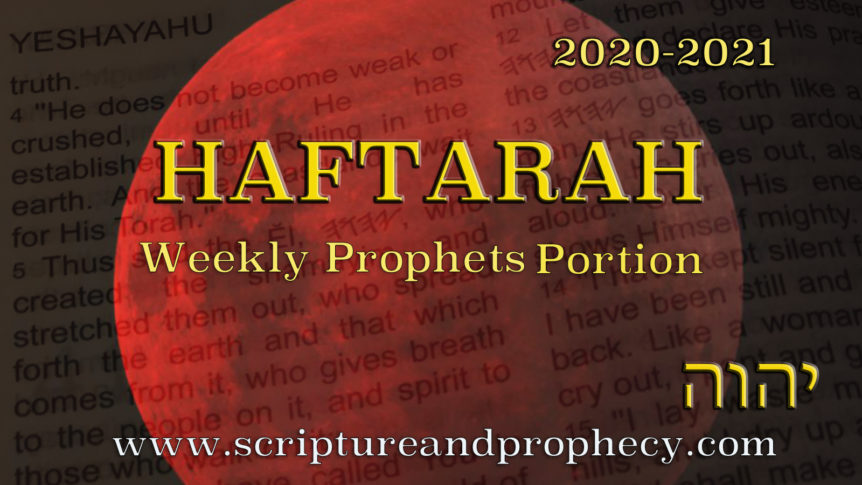 Once again, this week’s prophets portion comes with a great warning of judgment that should cause America and the nations around the world to tremble, to fall on their faces with great mourning, prayer, and repentance.

In the book of Amos, God pronounces an irrevocable judgment on the nation of Israel. He expresses that there are four transgressions being committed by His people that He simply can not overlook and allow to go unpunished.

“Thus saith the Lord; For three transgressions of Israel, and for four, I will not turn away the punishment thereof; because they sold the righteous for silver, and the poor for a pair of shoes; That pant after the dust of the earth on the head of the poor, and turn aside the way of the meek: and a man and his father will go in unto the same maid, to profane my holy name: And they lay themselves down upon clothes laid to pledge by every altar, and they drink the wine of the condemned in the house of their god.” Amos 2:6-8 KJV

These four transgressions are sins that America is deeply involved in, along with most of the rest of the world.

“And even as they did not like to retain God in their knowledge, God gave them over to a reprobate mind, to do those things which are not convenient; Being filled with all unrighteousness, fornication, wickedness, covetousness, maliciousness; full of envy, murder, debate, deceit, malignity; whisperers, Backbiters, haters of God, despiteful, proud, boasters, inventors of evil things, disobedient to parents, Without understanding, covenantbreakers, without natural affection, implacable, unmerciful: Who knowing the judgment of God, that they which commit such things are worthy of death, not only do the same, but have pleasure in them that do them.” Romans 1:28-32 KJV

When I read this portion and I look at the transgressions of Israel, transgressions that God says CAN NOT go unpunished, I can’t help but grieve for my country. For we have committed these crimes all the more wickedly. We have transgressed the commandments of our God; we have partaken in some of the worst sexual immorality in the history of humanity; we have been unkind to the poor, and we have allowed the worship of every god, except the one true God.

May the LORD of righteousness remember His remnant, may his true followers, though they are few, get on their faces with deep repentance and morning. May His great mercy and compassion be upon His children, and may He remember us in the time of His anger and wrath.